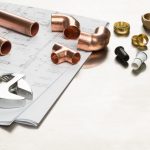 A Look at the Various Options in House Pipes

Newly installed copper pipes look a lot like fresh pennies. They turn deep brown after some time, however. Copper has been a water pipe staple since back in the thirties. Copper pipes tend to stay intact for anywhere between 50 and 70 years in total. 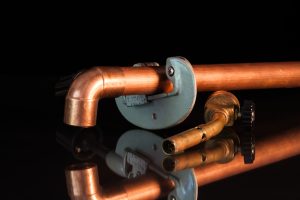 Polybutylene or PB pipes are made out of plastic. Although they’re typically gray, exceptions exist. Black and blue PB pipes also are possibilities. If your pipes have copper crimp rings keeping them in place, they may be made out of polybutylene. These pipes are not being produced anymore. They were typical sights in mobile homes until the beginning of the nineties or so.

PEX or cross-linked polyethylene pipes are plastic pipes that are available in blue, red or white. If these pipes are blue or red, their colors signify cold and hot lines. If your home was built a long time ago, these pipes may function as replacement water pipes for it. This is thanks to how pliable they are. Scan your pipes carefully. If you notice the letters “PEX” on their sides, then you’ve successfully identified them.

What specific type of pipes are used in new homes? PVC or polyvinyl chloride pipes are often the answer. They’re composed of vinyl and plastic blends. PVC pipes are stiff and generally gray, off-white or white. They can manage pressure particularly well. These pipes are also remarkably budget-friendly and lightweight. Since PVC pipes aren’t susceptible to corrosion or rusting, they can remain functional practically forever.

Cast iron pipes have distinctive dark finishes. Their hubs make them simple to pinpoint, too. These are protrusions that are situated on their ends. It isn’t easy to find cast iron pipes in newer residential properties these days.

ABS or acrylonitrile butadiene styrene pipes are a lot like PVC pipes. Unlike PVC pipes, they’re black. These pipes are generally utilized for both drain and vent lines. Installing them typically is simple and straightforward. Note, though, that direct sunlight can often damage them significantly.

It can help to be able to differentiate between galvanized plumber and copper plumbing. These are the two options that are most typically spotted in homes now. Although they’re both popular, they don’t have too much in common. 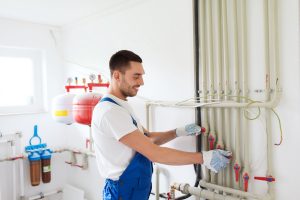 Steel pipes are immersed inside of zinc for protection purposes. This paves the way for galvanized pipes. The goal behind this coating is to keep both corrosion and rust at bay. Galvanized pipes were plumbing system staples in residential properties that were constructed to prior to 1960. Water lines utilized lead pipes before galvanized pipes were made accessible. Lead pipes, however, were not appropriate for plumbing systems. Lead interacts with the water that people consume. Galvanized pipes, in short, were made to be lead pipe replacements. They typically remain intact for about four decades. They’re generally not seen in newer homes nowadays. Despite that, they’re found in an abundance of older ones.

Copper pipes, on the other hand, have basically been the top choice in home plumbing systems for 60 years now. People love how resilient these pipes are. They love how they bring longevity to the table. They beat the aforementioned galvanized steel pipes in the longevity arena. Since these pipes are so tough, they work well in home and commercial settings alike. They manage heat well. They’re not vulnerable to corrosion. Contact with water doesn’t harm copper.

People often think that copper pipes are safer choices than their galvanized steel counterparts are. That’s largely because they’re devoid of any lead. They’re narrower as well and because of that can work out in cramped places.

People who reside in locations that are prone to earthquakes may appreciate copper pipes due to the fact that they can get through these disasters much better than galvanized steel pipes can.

While copper pipes do indeed have many positives, they are rather costly. Galvanized steel pipes tend to cost less than they do. The same thing goes for many other plumbing pipe varieties that are out there. Fixing and installing copper pipes is often on the costly side, too.

Condensation is another problem that’s sometimes associated with copper pipes. Condensation can take place inside of these pipes. Once this moisture freezes, the obstruction of the flow of water takes place.

It can be hard to pick one “best” plumbing type choice. Remember, however, that many people favor copper pipes and their strong suits. If you’re thinking about replacing your home pipes, you should compare all of your options meticulously.